1950–2022: AN UNMATCHED TRADITION OF AUTOMOTIVE EXCELLENCE

71st Pebble Beach Concours d’Elegance to Be Streamed on pebble.hagerty.com 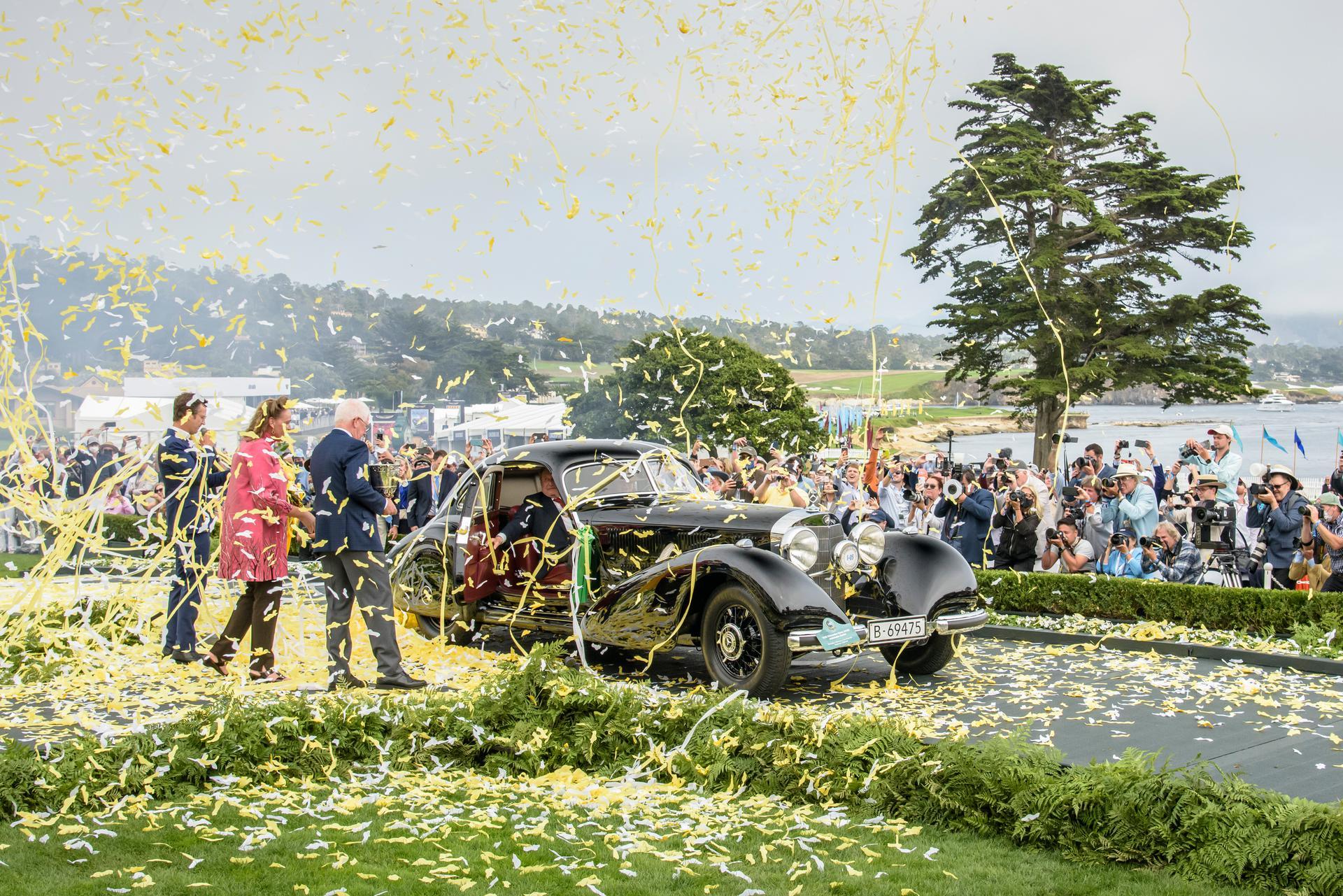 PEBBLE BEACH, Calif. (July 20, 2022)—Two hundred of the world’s top collector cars will be traveling from 21 countries and 32 states to compete for the coveted title of Best of Show at the 2022 Pebble Beach Concours d’Elegance—and the world is invited to watch the competition. The Concours will be livestreamed on August 21 thanks to event partnerships with WeatherTech, Hagerty, and Torque Media.

The broadcast aims to provide viewers with an inside look at this pinnacle car event, highlighting everything from the early morning ritual of Dawn Patrol to the confetti raining down on the winner. Additionally, the livestream will feature interviews with important entrants, vignettes exploring special cars in detail, and insight into the judging process.

The livestream—which is presented by WeatherTech, in partnership with Hagerty, and produced by Torque Media Group—will be broadcast beginning at 1 pm PDT, streaming for four full hours to catch all the action.

You can find the livestream site at pebble.hagerty.com, as well as on additional Pebble Beach Concours, Hagerty, and Torque social sites. You can also tune into that same Hagerty website now for an early glimpse into the forthcoming Concours; stories and interviews will be uploaded daily.

“Collectors often spend years preparing a car to compete here, and the cars themselves are iconic—they deserve to be seen and celebrated around the world,” said Concours Chairman Sandra Button. “We are pleased to be partnering with WeatherTech, Hagerty and Torque to make that happen. We are eager to share these cars, this exciting competition, and the place that is Pebble Beach.”

“For more than 70 years, the Pebble Beach Concours d’Elegance has been a pinnacle event in the automotive world, featuring some of the most elegant automobiles ever built, in an iconic setting,” said McKeel Hagerty, CEO of Hagerty. “At Hagerty, we are again honored to offer a livestream of the Concours for those who can’t be there in person. We invite car enthusiasts everywhere to sit back, watch and enjoy.”

Justin Bell and Tommy Kendall of The Torque Show will host the on-air event, interviewing key guests, talking to entrants and judges, and highlighting the best Concours moments.

“We are excited to be back helping to bring the most famous Concours to a global audience,” said Bell. “Tommy and I are thrilled to be returning to the world’s most elegant and historic concours, partnering with Hagerty and WeatherTech to showcase the event. We are already in pre-production and are looking forward to integrating numerous new features including amazing guests and even more spectacular cars.”