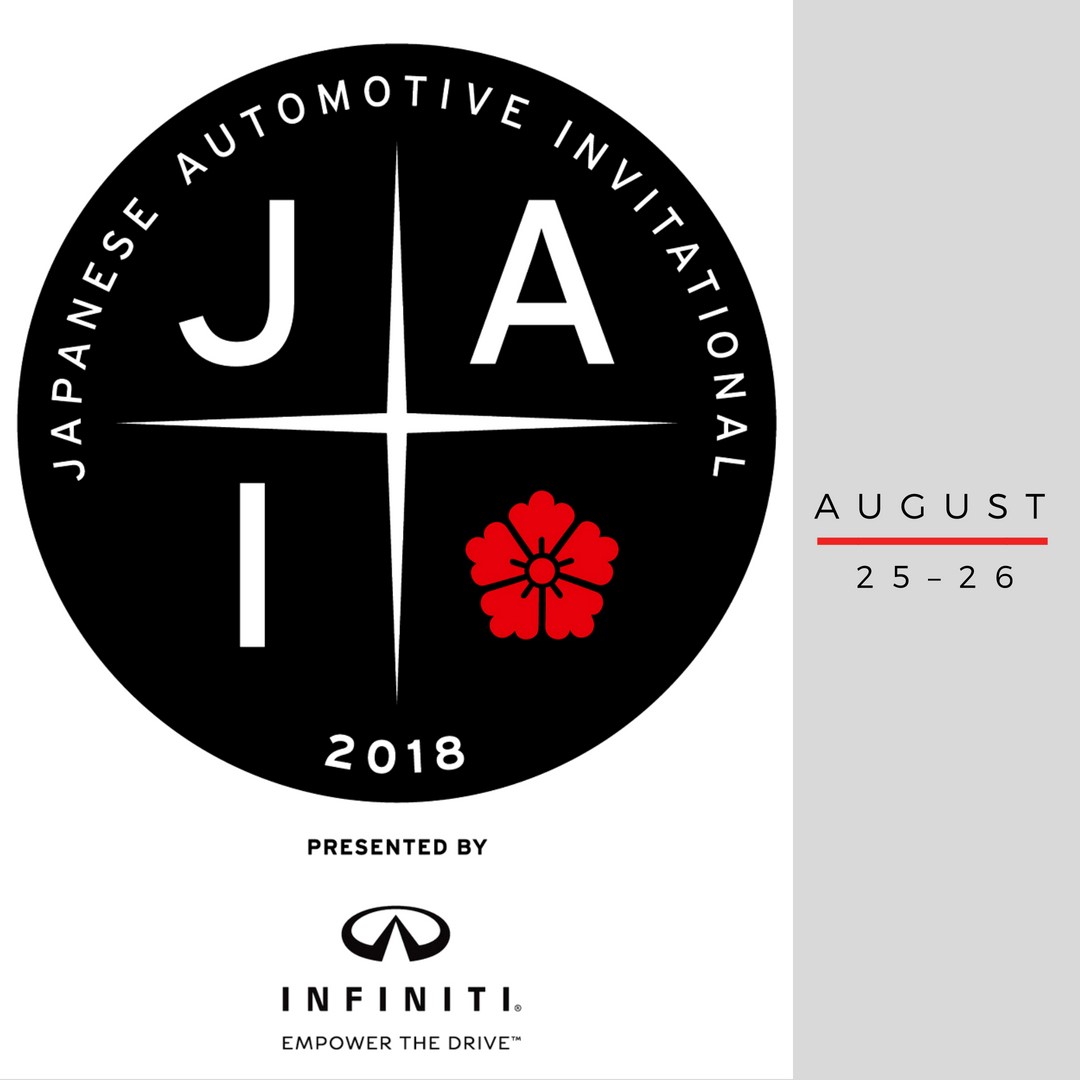 INFINITI is partnering with Motor Trend Group to bring the inaugural Japanese Automotive Invitational to this year’s Pebble Beach Automotive Week on Aug. 25 and 26. This brand-new event aims to bring even more diversity to the premier celebration of classic, vintage automobiles and demonstrate the prowess Japan brings to the industry.

The two-day Japanese Automotive Invitational will display Japanese automobiles in a festive and relaxed atmosphere along with presentations from top experts in the category. The vehicles, such as the 1964 Datsun 1500 Roadster, 1966 Toyota 2000GT, 1970 Mazda Cosmo Sport, and 1994 INFINITI J30, exemplify Japanese innovation, design and performance that originate from a rich and historically significant car culture. Unique among a week of vintage automotive events, the Japanese Automotive Invitational will distinguish itself as the premier experience dedicated to Japanese automotive achievements, culture, personalities and the future of Japanese-inspired innovation and design.

“In our fifth year of partnership with INFINITI at the Pebble Beach Concours d’Elegance, we are excited to offer a new opportunity for passionate automotive enthusiasts to engage with pristine examples of Japanese craftsmanship and technology,” said SVP Content Motor Trend Group and Motor Trend Editor-in-Chief Ed Loh. “We are dedicated to showcasing exemplary automobile innovations and this new event will be no exception.”

Located adjacent to the INFINITI Pavilion on Concours Plaza, the Japanese Automotive Invitational is open to spectators with no additional tickets required (NOTE: on Sunday a Concours ticket is required to enter the forest). Japanese cars will be on display Saturday, Aug. 25, from 9 a.m. to 4 p.m., and Sunday, Aug. 26, from 8 a.m. to 6 p.m. Saturday will feature special guest appearances including Motor Trend’s Editor-in-Chief Ed Loh and the host of Velocity’s JDM LEGENDS Eric Bizek plus live entertainment from a local DJ and the presentation of the inaugural “Honorary Medallion” to a select car owner.

“We are proud to partner with Motor Trend Group to bring the very first Japanese Automotive Invitational to the Pebble Beach Concours d’Elegance. This celebration and stunning display of Japanese automotive heritage features vehicles that exemplify the innovation, design and performance that originate from a rich and historically significant car culture,” said Phil O’Connor, Director, Marketing Communications and Media, INFINITI USA. “INFINITI will also showcase a part our own legacy – including the Q45t and Prototype 9 – connecting guests with our past while offering a glimpse of INFINITI’s future of design, technology and electrification.”

“I’m proud that many of the Japanese cars that have contributed to our automotive history will be showcased here during Pebble Beach Automotive Week.” – Concours Chairman Sandra Button

Attendees will have the opportunity to view classic examples of Japanese automotive design, such as INFINITI’s original flagship, the Q45t, Prototype 9, which made its Pebble Beach debut last year, and Q Inspiration, the latest concept car from INFINITI. In addition, Toyota 2000 GT James Bond Version, Datsun 240Z Safari Tribute, Dan Gurney’s Eagle MkIII IMSA GTP Championship Car, and many more vehicles will be on display.
The show quality vehicles from different Japanese automotive makes will be on loan from private collectors, automotive museums and manufacturer collections and comprise of beautifully restored examples that illustrate key moments of Japanese influence in the automotive industry.

“I continue to be amazed by how the automobile has evolved over many decades and in many nations,” said Concours Chairman Sandra Button. “Japan’s size and culture, the refined yet organic creativity of its designers, and its cutting-edge technology have played a major role in shaping the car in recent decades, and I’m proud that many of the Japanese cars that have contributed to our automotive history will be showcased here during Pebble Beach Automotive Week.”

A special thanks to some of our other partners who help curate the show field including the Petersen Automotive Museum, California Automobile Museum, Eric Bizek, Mike Malamut, Mark Brinker, Myron Vernis, Adam Carolla, Vintage Motor Management, Import A Vehicle and Richard Plavetich.

About Motor Trend Group
Motor Trend Group is the largest automotive media company in the world, bringing together Discovery’s fast-growing Velocity network and a vast automotive digital, direct-to-consumer, social and live event portfolio, including MOTOR TREND, HOT ROD, ROADKILL, AUTOMOBILE, and more than 20 other industry-leading brands. With a cumulative reach of more than 131 million, the company encompasses television’s #1 network for automotive superfans, a leading automotive YouTube Channel, and the Motor Trend app, the only auto-dedicated subscription video-on-demand service.

About INFINITI
INFINITI Motor Company Ltd. is headquartered in Hong Kong with representations in 50 markets around the world. The INFINITI brand was launched in 1989. Its range of luxury automobiles is currently built in manufacturing facilities in Japan, the United States, United Kingdom, Mexico and China. INFINITI design studios are located in Atsugi-Shi near Yokohama, London, San Diego and Beijing. INFINITI will electrify its entire lineup from 2021 onward. The brand has been widely acclaimed for its industry-leading client services, ranking #1 in customer satisfaction with Dealer Service among Luxury Brands by J.D. Power and being a most trusted luxury brand according to AMCI, as well as its world’s first driver assistance technologies and daring designs. From the 2016 season, INFINITI is a technical partner of the Renault Sport Formula One team, contributing its expertise in hybrid performance.